What are Cricket Sight Screens used for?

Home » What are Cricket Sight Screens used for?
Previous Next

What are Cricket Sight Screens used for?

Have you ever been watching a cricket Test Match and the bowler starts his run-up to make a dazzling delivery and the batsman suddenly pulls out, pointing toward the giant sight screen in front of him and the whole process has to start again?   This seems to happen all too often, which begs the question, what are sight screens and what are they used for? 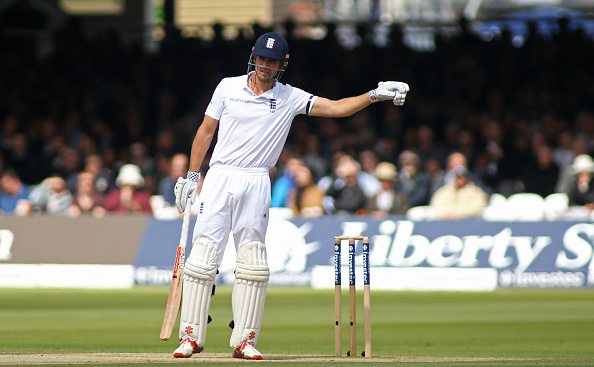 Imagine you are that batsman, standing ready at the crease and then the bowler launches a 5 and a half ounce leather ball travelling at upwards of 80mph towards you. The slightest split-second distraction and that 5 and a half ounce ball has blended into the background and before you know it there are calls for Howzat from around the ground……… if only you had a sightscreen.

The sightscreens main purpose is it to create a contrast between the red ball and white screen for test matches and white ball and black screen in T20 games.  The contrasting colours help the batsman see the bowler release the ball, making it possible to track the ball in order to be able to select the correct shot.  A correctly positioned sight screen also blocks any movement from spectators ensuring nothing catches the batsman’s eye.

During the 1993 Ashes at Old Trafford and The Oval ‘Tri-vision’ sightscreens where trialled. These screens allowed for advertising to be placed on the sightscreen. The slats of the screen would turn to reveal the advertising in-between overs.  These screens are now commonplace at top level cricket grounds around the world. 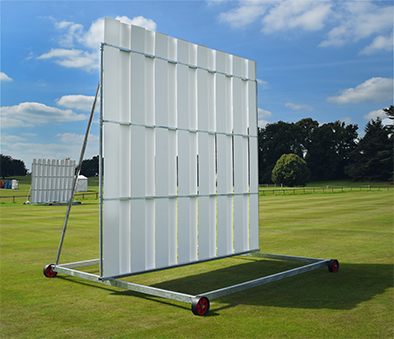 A standard club sightscreen measures 4.5m x 4.25m with typically 12 slats, painted white on one side and black on the other. The staggered gap between the slats allows the wind to pass through the screen to ensure it does not blow over.  Sight screens can have wheels to allow them to be placed at either end of the pitch for games and the wheeled away for storage. They can also be installed on a tracked system which allows them to be moved easily by one person.

To find out more information on the different types of sight screens please visit the sight screen section of our website.