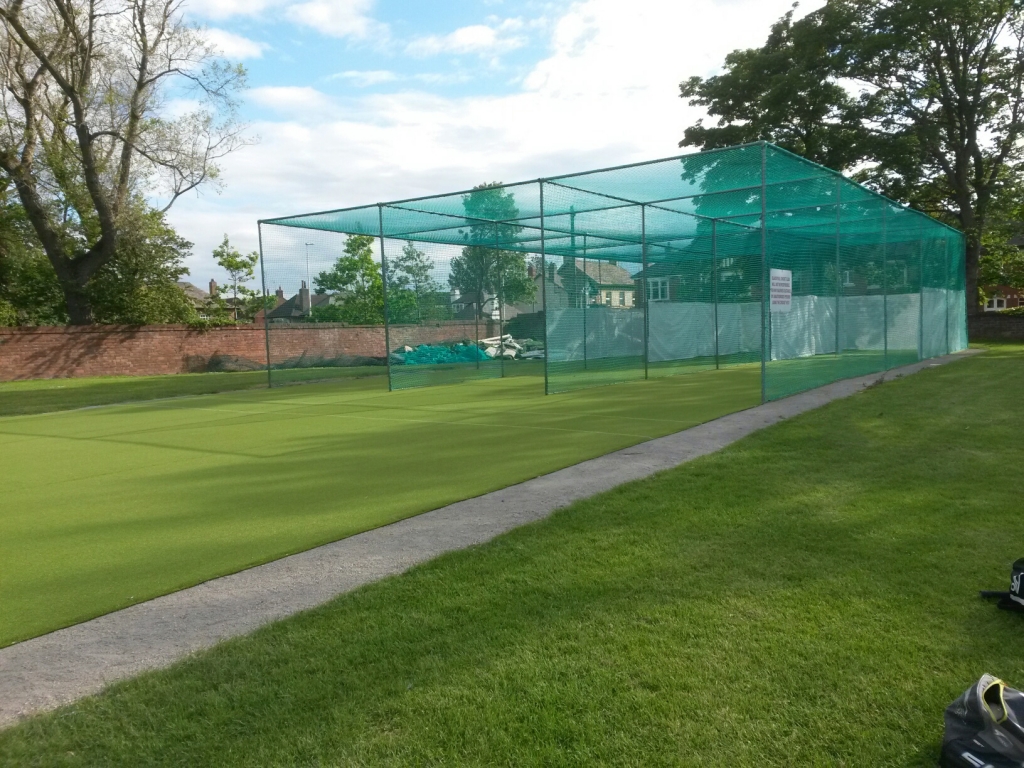 Stuart Canvas were asked by Blackpool Cricket Club to survey their old training facilities. On arrival the company found that the current system was very tired and in need of a full refurbishment. One of the key problems was that tree roots were spreading around the system and therefore making it dangerous to play and unsafe to use. The club requested that the bowlers run up area was extended by a further 6m so that they could us the non turf as their full run up rather than having to start on grass and go into non turf.

Stuart Canvas advised that the club should have the whole cage and net replaced along with the carpet and the top layer of sub base (ollisett) in order to get the best finish on the system.

On arrival SCP stripped out the old carpets and shockpads and scraped away the top layer of the sub base. We then identified the tree roots and cut these back without impacted the stability of the tree or causing harm. Once we had removed the spoil we then laser leveled the sub base. We then laid 50mm off ollisett over the MOT stone and then again laser leveled the surface. The shockpad and carpet was then installed along with the new 3mm nets in green.

The job was completed on time in 5 days and the system was usable upon completion.