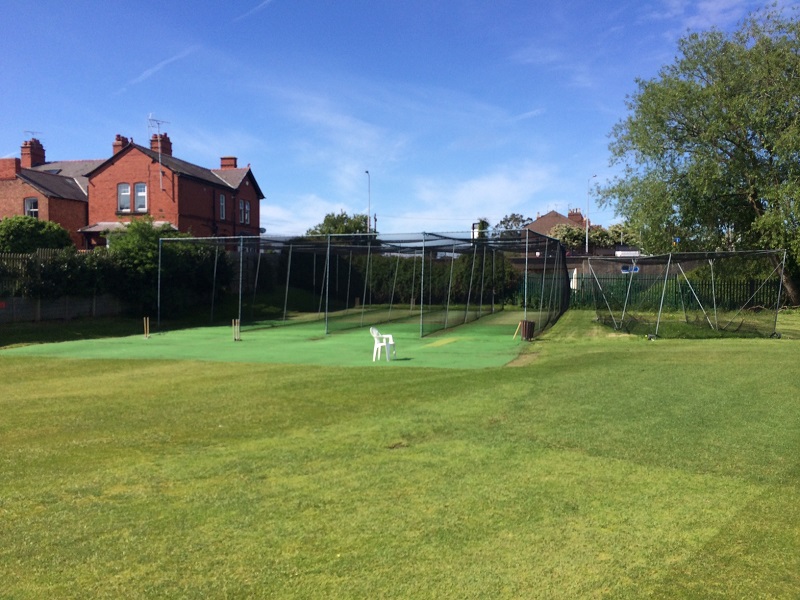 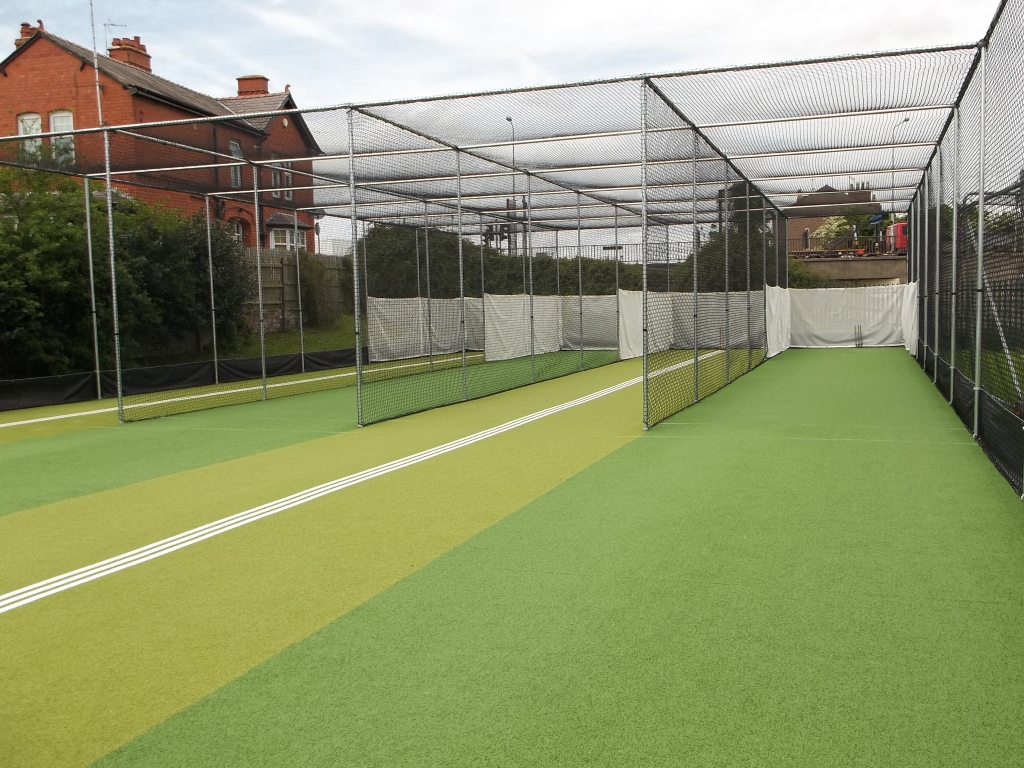 Stuart Canvas were approached by Chester Boughton Hall Cricket Club, in Chester in order to install a new 4 lane training facility. Due to the growth of the club and their junior section they needed bigger and better practice facilities. There was already an existing old system that had to be removed before the installation of the new system.

They required a 35m long system which was fully enclosed and lockable.

The system used our SCP Deluxe System that was built to a minimum depth of 220mm with 150mm of MOT aggregate and 70mm of ollisett all set within a concrete curb edge. This was then finished off with a 48mm steel frame , complete with 3mm netting. The carpet used was our tufted Tiger Turf Deluxe cricket carpet and with batting and bowling shock pads underneath.

The challenge was to have it installed in time for the first practice which was in the 1st week of April. This meant that we had to install during one of the wettest winters for many years. We managed to remove and take out the old system and then excavate and laser grade the subbase in place before the rains came down. Once we found a dry period we then laid the ollisett and the carpets , before finally installing the 3mm netting on the surrounding fence.

How the Product Helped

The system is now used 7 days a week , 8 hours a day , by all ages from 7-70 ! The facility has managed to not only allow the club to increase its junior membership , but also have many more people training at one time which in turn means everyone can get a bat and bowl , before the weekend.